Protest further delays trains:
In Lahore following train delays caused by the strike of Loco-Shed Staff on Monday, the Washing-Line staff held locomotives hostage too causing a 4 hour delay in the rail operations stranding Allama Iqbal Express, Rail Car and Tez Gaam.
The railway station was clogged with passengers waiting for the trains to depart as the Washing-line staff did not allow the engines to leave because their salaries were not being paid.

The pay-day of the Washing-Line staff is 16th of every month; however, owing to the delay of funds transfer by the PR, the salaries were not paid out as the day started. The workers approached the headquarters and protested against this delay as they feared that they would not get paid before Eid.
The workers staged a protest demonstration at the headquarters and at the railway station, the Allama Iqbal Express scheduled to leave for Karachi at 12 pm , Rail Car and Tez Gaam scheduled to leave at 1 pm could not leave for their destinations will 4 pm. The Railway administration however managed the provision of salaries by 4 pm and that is when the trains were allowed to leave for their destinations.
These two interruptions caused on Monday by the Loco Workshop staff and now by the Washing-Line staff has caused a chain delay reaction of around 5 to 6 hours in the rail operations at the crucial Eid time jeopardizing the in time return of people to their desired destinations for Eidul Azha.
——————————————————————————————————————–

Railways workers disrupt trains schedule:
In Peshawar the members of Pakistan Railways Labour Union on Tuesday staged protest and suspended the rail service for three hours against the non-payment of salaries to the employees.
The employees gathered at the Cantonment Railway Station and chanted slogans against the government and the authorities of the Pakistan Railways. They also forced the authorities to delay the Awam Express for leaving Karachi.

The employees, however, called off their strike at 12 p.m. after the authorities started paying salaries to them.
Addressing the protesters, Amir Hashmi, president of the Labour Union, Peshawar division, said they were ready to render every sacrifice for their rights. He threatened to launch a protest movement if the department continued the delay the payment of salaries to the employees.
APP adds: The protest of Pakistan Railways on Tuesday disrupted the train service delaying departure of trains at Railway Station, Peshawar for three hours forcing the administration of the department to pay their salaries.
14th Down train properly known as Awami Express and 18th Down Quetta Express were due to leave for Karachi and Quetta at 9 a.m. and 8 a.m., respectively, but due to the protest of the railway workers they failed to steam up for their destinations as per their schedule.
The railway workers led by the leadership of Mazdoor Ittehad CBA Union took possession of the railway line and blocked the departure of the trains for their destinations. Majority of the passengers were leaving for their native towns in Punjab, Sindh and Balochistan for the celebration of Eidul Azha in their native towns. Some of the protesting workers even lay on the railway track to stop the train.
According to an official at the booking counter at Railway Station Peshawar, the protest and delay in the departure of the train prompted a large number of passengers to cancel their tickets and bookings. The official especially mentioned the cancellation of the 21 tickets for the cities of Attock, Taxila, Rawalpindi and other cities of Punjab. He was, however, unaware of the cancellation of the tickets by the Karachi or Quetta-bound passengers.
Majority of the passengers were going to join their families for the celebration of Eid. But the protest of the workers delayed their departure, stated Mohammad Shakeel, assistant driver of the 14th Down Karachi Cantonment bound train. He was, however, very much supportive of the protest of their colleagues.
He said the monthly salary of the Class-III and Class-IV employees of the railway was due on Monday but the administration failed in its payment that triggered the protest.
Mohammad Akram, another employee, said his family is going to his native city Attock for the celebration of Eidul Azha in the train. He said he is seeking leave for joining his family members on the occasion of the religious festival.
The Pakistan Railways used to pay salaries in different phases to different categories of the employees. Other categories have received their salaries. Now it was the turn of Class-III and Class-IV employees to receive their salaries. But the delay in the salary even on the eve of Eidul Azha left them with no other option but to take to the railway tracks to stop the service of the trains.
The president of the CBA union held negotiations with the administration of the Pakistan Railways, Peshawar Division and announced end to the protest after arrival of the cash for payment of salaries to the workers. The administration was looking totally hapless before the protesting workers, who were not ready to budge an inch than the payment of their salaries.
The protesting workers climbed on the top of the engines, standing and sitting in front of the trains to prevent their departure. At last the departure of 14th Down was allowed after the arrival of the cash in the accounts section of the division.
Talking on the occasion, Mazdoor Ittehad CBA Union President Syed Ashfaq Bacha said the protest was observed across the country against delay in the payment of salaries to Class-III and Class-IV employees of Pakistan Railways. He said that labourers of Pakistan Railways had handed over 142-point programme for the financial revival of the department.
He said the implementation of the programme would not only stabilise the railways financially, but would also enable it earn a profit of Rs5 billion annually. He said that Pakistan Railways has huge and prime properties, which should be utilised for construction of commercial plazas to earn billions of rupees for it. 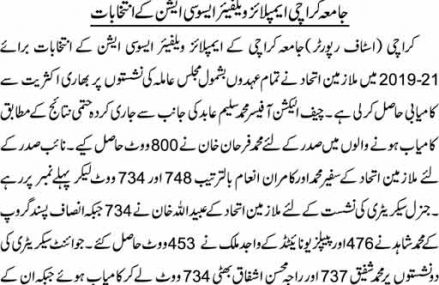 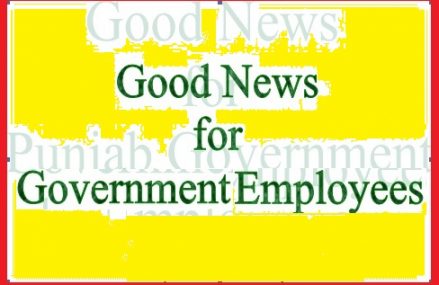 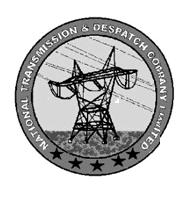