Punjab Para Medical Staff protest for increase in salaries on Monday, May 16, 2011:

LAHORE: (May 16, 2011) : After witnessing the the success of the Young Doctors Association (YDA), the Punjab chapter of the All Pakistan Para Medical Staff Federation (APPMSF) is now demanding increase in salaries of grade one to grade four employees and has warned the provincial government of a strike in all public hospitals in case their demands are not met.
Dozens of employees of the hospitals under the flag of the APPMSF, on Monday, held a protest rally led by the APPMSF President Javed Chohan from Mayo Hospital to the Charing Cross in front of the Punjab Assembly, consequently blocking traffic on the Mall Road for several hours.
The protesters were carrying banners and placards demanding a renewed service structure of the paramedical staff across the province as the government had already announced increase in salaries of grade five to grade 16 employees of the hospitals.
Addressing the rally, Chohan said that there were only 27,000 employees in scale five to scale 16 across the province and Shahbaz Sharif government had renewed their service structure but the service structure of scale one to scale four hospital employees was not revised despite their strength being more than 80,000.
Chohan said that although the paramedical staff is the backbone of the healthcare system, the government did not give any importance to them while making its economic policies.
He demanded the Punjab government to set the minimum salary of the government employees at Rs 35,000 keeping in view the price hike and other economic problems in the country.
He also urged the government to constitute residential colonies for the health employees across Punjab and provide transport facilities to them.
Chohan said that in case their demands were not catered, they would go on a strike. He also announced that the federation would be holding its next protest rally after a week on May 24 in which members of the federation from other districts of Punjab would also participate.
After the protest rally, the protesters dispersed peacefully 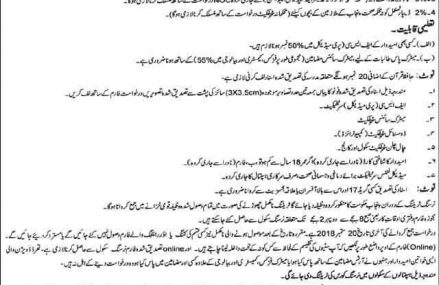