Canteen Stores Department (CSD) has passed through various stages, since its inception in 1913. Army Canteen Board was the first venture, initiated primarily to cater for the British Forces in India. During 1927-28 this Board was liquidated in favour of Canteen Contractors Syndicate (CCS) Limited. In 1942, CCS became “CSD Government of India”.

In August 1947, assets of the CSD India were divided between Pakistan and India. Thus emerged the ‘CSD Pakistan’. It had three Transit Depots located at Karachi, Rawalpindi and Patanga (now Bangladesh) with a capital outlay of Rs 2.8 Million. There were no CSD shops, instead there were only CSD Depots.

Unit Canteen Contractors drew their requirements directly from CSD Depots, for sale in Unit Canteens. Total manpower employed was 3 Managers, 57 Salesmen and 30 Workmen (under a General Manager located at CSD Head Office, Karachi). All major stations had the Officers’ Shops run by the Ordnance Corps. In 1960, Officers’ Shops were taken over by CSD.

Between 1948-59, CSD enjoyed the status of a full-fledged Government Department, with complete tax exemption / rebates / budgetary grants. CSD used to get a large allocation of foreign exchange and was primarily trading in imported goods. In 1959, CSD was re-designated as a “Full-Fledged, Self-Sustaining Commercial Organization” under the Ministry of Defence and CSD switched over to wholesale and retail merchandising.

CSD’s Retail Business
Retail Merchandising is the major segment of our business. It contributes approximately 55 % in CSD’s total business. Our range of products includes:-

Hire Purchase Scheme
CSD is running a well-articulated Hire Purchase Scheme since 1974, for the personnel of Armed Forces and some fraternal organizations. Under this scheme, durable household items like Cars, Motor Cycles, Refrigerators, Deep Freezers, TVs, Air Conditioners, Computers, Generator Sets and Sewing/Washing Machines are sold to authorized beneficiaries, on easy installments. The Scheme now boasts over 1, 81,000 members, with annual outlay of Rs 5.1 Billion (FY 2011-12). This scheme is very popular amongst the Armed Forces personnel. 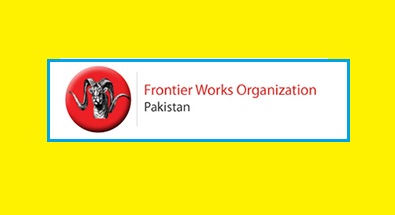